The Lady Florence has become a legend throughout East Anglia and beyond.  The magic was created in 1984 by Geoffrey Ingram Smith. Geoffrey retired in 1992 and John and Susan Haresnape bought the business. Being younger and marketeers they set about raising the profile of the operation, not only with the public but with a corporate presence.  Elder son Rhys, with wife Lynne, joined the business for two years in 1998, and were succeeded by younger son Craig in 2000. Although both John and Susan are English, the boys were born in South Africa. Hence Craig’s insistence that the business become international, with a sister ship in that country.

The Allen Gardiner was purchased, converted by Rhys, and commenced operation in Durban in 2002, taking up to 35 to 45 passengers. Craig and his partner Kris moved to Durban to establish that arm of the business.  It has always been the intention that Craig would manage both businesses, and he has commuted between Durban and Suffolk for several years. However, that is not only expensive, but managing two small businesses 6000 miles apart is problematic.

So at the end of 2012, the decision was made to close down the Durban operation, and to ship the Allen Gardiner to Ipswich in Suffolk. Ipswich Borough Council has been keen for us to operate from the Waterfront since the late 1990s. Allen Gardiner arrived in Ipswich at the end of November 2013. Ipswich Borough Council have issued a licence for twelve passengers to operate on the River Orwell. 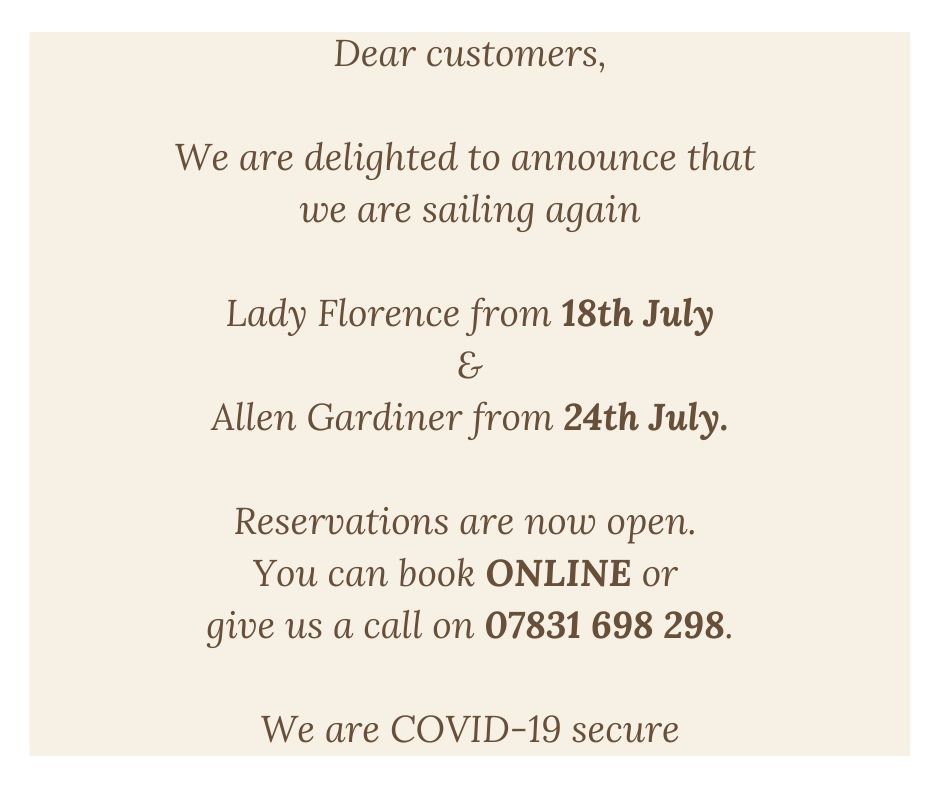